The Philippine Geographical Society (PGS) convened on June 3-6, 2008 the Southeast Asia Geography Association (SEAGA) International Conference. SEAGA is a scientific and educational society that was set in 1990 by a group of geographers to organize the inaugural SEAGA conference in Brunei Darussalam. The initial members share interests in the theory, methods and practice of geography and geography education. 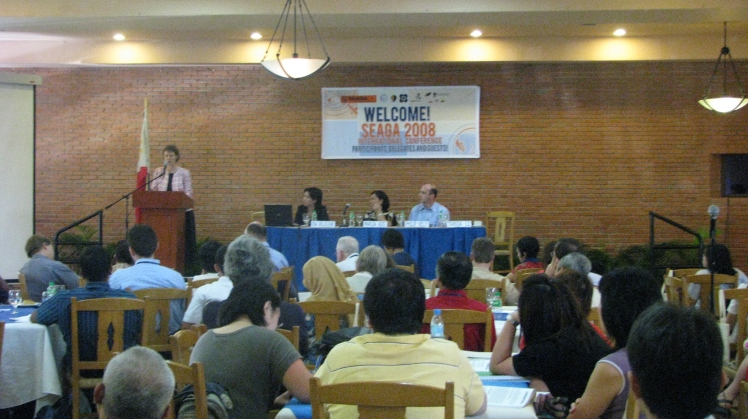 SEAGA 2008 paved the way for an international gathering of Southeast Asian scholars and practitioners from the field. The SEAGA 2008 International Conference brought together scholars, businessmen and women, social science researchers, college professors, high school teachers, students from various universities, and representatives from government and non-government institutions, advocacy groups, and other organizations of diverse political and cultural backgrounds in Southeast Asia. The SEAGA members believe in the importance of exchanging and sharing of knowledge and experiences among scholars and field practitioners. This is crucial in addressing the many pressing issues that are brought about by the political events, economic concerns, environmental problems and other social issues that simultaneously affect the diverse population groups of Myanmar, Singapore, Malaysia, Thailand, Vietnam, Laos, Cambodia, Brunei, East Timor, Indonesia, and the Philippines.

The Philippines finally hosted this distinguished event last June 2008. There were over 200 individuals, local and foreign academics, researchers, teachers and students interested in various issues in Southeast Asian (and other) geographies.

The SEAGA 2008 International Conference was convened last June 3-6, 2008 on SEAMEO Complex, Commonwealth Avenue with the theme “Transformations and Embodiments in Southeast Asian (and other) Geographies: Changing Environments, People, and Cultural Groups, Institutions and Landscapes”. 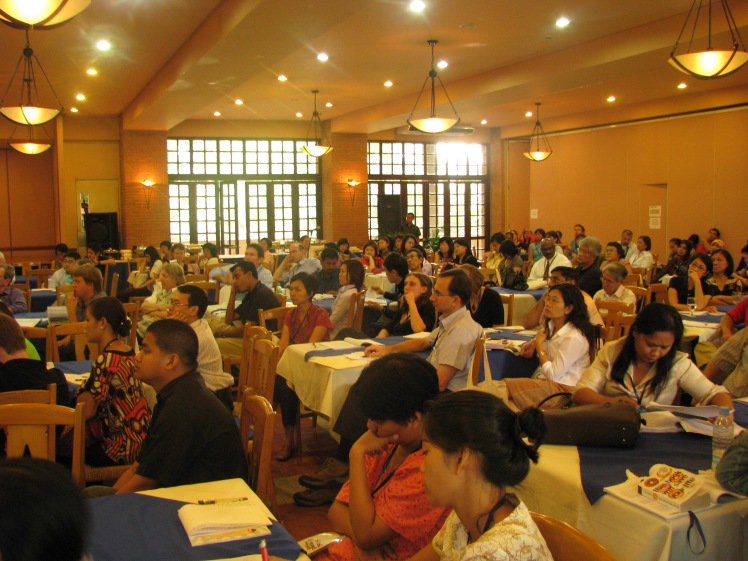 The conference had a total of 120 paper presentations. Topics of the papers and panels revolved around several of the major themes such as nature and society, culture and politics, gender and migration, hazards and mitigation, development and sustainability, globalization and social movements, cities and rural transformation, geographic education and methods, resources and management, and GIS and remote sensing (see attached program).

Indeed SEAGA 2008 International Conference provided the venue for academic exchanges and facilitated the bridging of research findings among scholars of Southeast Asian geographies. This activity initiates further research collaborations, programs and projects on issues that affect and define Southeast Asia as a promising and dynamic region.